Miss.africa made history at ICANN Singapore 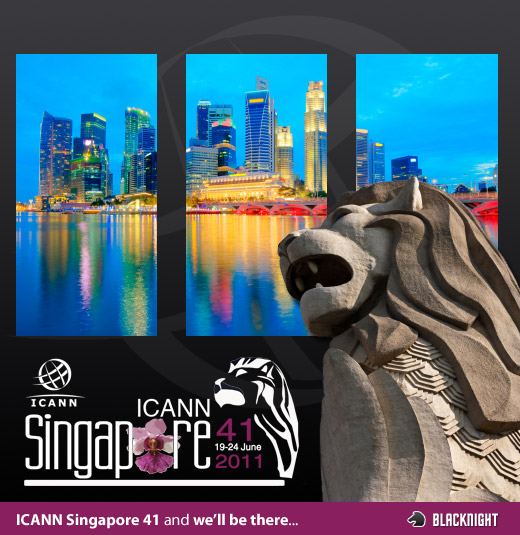 DotAfrica (.africa) made History with ICANN in Singapore!

DotConnectAfrica, a leading campaigner for the dotafrica TLD, was present at ICANN’s recent event in Singapore and made history with the announcement for the approval to launch new gTLDs.

PRLog – June 30, 2011 – Singapore: The DotConnect Africa (DCA) Organization participated in the ICANN-41 Meeting that took place in Singapore from 20th to 24th June 2011.

Singapore provided DCA with another opportunity to further consolidate its position and the relevance of DotAfrica as a prospective outcome of the successful campaign for the introduction of new generic Top Level Domains (gTLD) on the Internet by ICANN.  DCA’s Singapore activities started with being part of the Breakfast meeting organized by ICANN for DNS Women in Singapore. Women in the Domain Name System, is a networking group for Professional women involved in the domain name industry.

A Historic Decision:
The ICANN 41 meeting in Singapore proved to be a very important historical landmark following the approval of the plan by the ICANN Board to launch new generic Top Level Domains (gTLD). This was the most important accomplishment of the Singapore meeting.   The key message behind this revolutionary decision is that the Internet as a resource for information exchange and communications will change.  It is expected that the new gTLDs would be the next big thing that would spur a new “Dot” revolution on the Internet, perhaps surpassing the “DotCom” boom which occurred a little over a decade ago.  The new gTLD’s present new innovative opportunities for business in terms of the new web sites and new businesses that would likely result from the new gTLD program.

DCA’s made History with ICANN and Africa:
DCA as a leading campaigner for DotAfrica and an important stakeholder and supporter of the ICANN process takes especial pride in the successes achieved during the seminal meeting that took place in Singapore.  The successful passage of the ICANN Board Resolution approving the introduction of the new gTLDs was ample justification for DCA’s initiation of project since (6) years and its campaign and strenuous efforts expended over the past two years after winning the pivotal endorsement for DotAfrica from the African Union Commission and other esteemed partners.

Prior to the Singapore meeting, DCA had proactively lobbied by official correspondence the United States National Telecommunications and Information Administration (NTIA) under the Department of Commerce to make a justifiable case the DotAfrica gTLD and inform the influential agency that the ICANN process for introducing new gTLDs is fair and transparent and that due consideration has been given to the protection of trademark interests. This was seen as a very important contribution amongst others to winning cross-cutting support for the approval of the new gTLD program by all stakeholders of ICANN. http://www.icann.org/en/correspondence/bekele-to-dengate-…

ICANN recognizes Africa as one of its important ‘geographic regions’. It is therefore the intention of DCA to apply for DotAfrica and implement this gTLD for the benefit of users in Africa.   New applications for the new gTLD program will be received by ICANN between 12th January 2011 and April 2011.

DCA and its “yes2DotAfrica” campaign:
DCA still sees a compelling need for continuing its campaign to ensure the market sustainability of the DotAfrica gTLD, as post-meeting snap review of the current knowledge and attitude of users indicates that most people still do not see the potential benefits of the new gTLD, or the innovative possibilities that this represents.  DCA’s ‘Yes to DotAfrica’ campaign will continue to undertake the social responsibility of educating and informing users and supporters regarding how people will benefit from the new gTLD program.

DCA and ccTLDs
To the above therefore, DCA will reach out to those ccTLDs in Africa that are presently unaffiliated to AfTLD, since  AfTLD is already going the private sector route by establishing new tie-ups that are entirely profit-driven whilst subverting its original mission and mandate in the process.  DCA would work with those ccTLDs based on its previous commitment of cross-marketing which we announced in Kampala, thereby giving users and registrants a wider choice in the innovative use of new Internet domains under the DotAfrica initiative.  http://prlog.org/10835407

DCA and IDNs:
Another historical landmark achieved in Singapore was the approval of the new Internationalized Domain Names (IDNs) by the ICANN Board that would allow for the use of non-Latin language scripts as Top Level Domains (TLDs).   Ms. Sophia Bekele, the Executive Director and spearhead of DCA’ was also a strong advocate and a successful champion towards policy development to the introduction of IDNs for global IDN needy stakeholder.  As such,  she was honorably invited to speak at the Singapore IDN forum, but could not attend.  However, DCA’s DotAfrica initiative has already been endorsed by the esteemed Internationalized Domain Resolution Union (IDRU) for its invaluable contributions to the success of the IDN initiative.  http://www.prlog.org/11133461-dotconnectafrica-endorsed-b….  It is a fact to state that Modern IDN was pioneered and invented in Singapore circa 1997/1998.

Miss.africa:
From such inspirations as the DNS Women’s group of ICANN and other international organizations such as ITU, stem DCA’s “Miss.africa” program which DCA had the very important opportunity of introducing and publicizing during the ICANN gala in Singapore.   Miss.africa as part of DCA’s DotAfrica vision is an effort aimed at inspiring girls and women in technology for personal growth, positive action, and digital self-awareness with funding to be provided from DCA’s charitable trust fund.  Miss.africa is envisioned as one of the central pillars of DCA’s corporate social responsibility program.

What is Next for DCA:
Following the great success of the Singapore meeting, DCA is now building momentum towards the next ICANN meeting that would take place in Dakar, Senegal in October 2011.  It is expected that by then; DCA’s concerted campaign for awareness of the new gTLDs alongside ICANN’s communication strategy would have reached critical mass before the opening of the application’s window for the new gTLDs.  The Dakar meeting holds very great prospects for DotAfrica, since this meeting shall be taking place on African soil.

"I’m grateful to Miss.Africa Digitial for the training and ensuring women stay ahead of the curve”- Agnes Talai, eMobilis

Taking on IoT field alone, I can venture into all aspects of life - Rosemary Agbozo, Miss.Africa Digital, Kumasi Hive Trainee

By admin_missdotafrica
2 Mins read
Ms. Rosemary Agbozo a recent graduate at the Kumasi Hive Miss.Africa Digital sponsored training speaks to us about her experience…
Uncategorized